Colony is the fifth of the Kamizdat Access Frame compilations for which we invite a selection of artists to create compositions to a specific theme. This year’s theme is colony: cohabitation, multitude of species, a superorganism, sharing and searching for balance in the troubled world.

“Colony unravels a challenging and overarching concept that belongs to the past but still invades every capillary system of our cultural predicament. A colony is not so much a settlement in a particular place, but a mental state, insidious conditioning occupying the mind. It is a legacy of looting dispossessed beings and exploiting the Earth’s riches. In the aftermath of colonialism, any country is just a city of illusions, in which some live with borders, taxes, laws, and regulations and others without any limits or responsibilities to that same territory. We are the colonies of the rich.”
– an excerpt from the lines notes by Ida Hiršenfelder

The aftermath is 12 exceptional artists of various electronic and experimental genres with 11 exclusive tracks (Kikiriki’s “Naval Cry” is the only exception), made for the compilation. Colony features an all-female crew of artists with their selected guests (Samo Šalamon and Pim Boreel respectfully), who are specialized in sound art, experimental music, mostly DIY ethos and not conforming to the general sound of pop culture.

Free name-your-price downloads and streams are available through our Bandcamp shop at https://kamizdat.bandcamp.com.

ala pecula is a project dedicated to sound exploration by an artist that in the past decade made sonic appearances on a Slovene music scene through various collaborations and experimental research of sound and video. In Autumn ala pecula will release her debut album at Kamizdat.
alapecula.zone

Saša Spačal is a postmedia artist working at the intersection of living systems research, contemporary and sound art. Her work focuses primarily on the posthuman condition, where human beings exist and act as one of many elements in the ecosystem and not as sovereigns.
Pim Boreel is an artist and curator who works at the intersection of sound art, composition and experience design.
agapea.si
pimboreel.com

22nds (Maja Kraljič) is a web developer, experienced in live coding and working with open-source programs. She is a member of the Lesbian Feminist University (LFU) initiative, where she organises workshops and events for Ada Lovelace Day. Lately she is focused on live coding visuals and making computer music.
22nds.com

rouge-ah (Urška Preis) is a musician and visual artist from Ljubljana working also as a curator, music editor and journalist. As a composer and harpist she performs under the moniker rouge-ah and in ensembles like the duo II/III, the fluid Zhlehtet and the experimental quartet Sujevera. Her artistic and creative strategies are built around her intermedia works involving feminist theories and practices. In 2018 she released her last full-length album “bare” at Kamizdat.
rouge-ah.bandcamp.com

Lip Rouge is an experimental music duo by Karmen Ponikvar and Eva Mulej. They explore sounds with analog synthesis, voice, recorder and different instruments. Their inspiration are early electronic music, vocal innovations and made-up stories. With creating soundscapes they form a music vocabulary of sonic frequencies and altered sounds.
linktr.ee/liprouge

Kristina Kočan is a poet and translator. In 2016 she received a Ph.D. in contemporary American poetry at the University of Maribor, Slovenia. A year before she began intensely working with musicians, writing lyrics for a Slovenian band Brest and dedicating herself to her performance projects. In 2018 she recorded her first album titled “im|pro s|prehod”. Samo Šalamon is a renown Slovenian jazz guitarist, composer and a recording artist. He has recorded more than 200 original compositions and released more than 22 albums.
kristinakocan.bandcamp.com
samosalamon.com

Nastja Janžekovič is a violinist, keyboardist and vocalist, known for her musical tandem with the do-it-yourself singer-songwriter Tovariš Strmoglavljen. Their collaboration has since resulted in many recordings by differently named ensembles, most active being the psych-folk-rock trio Psihedelavci, the folk duo Samoč and the ensemble Nevem nevem.
psihedelavci.bandcamp.com

Kikiriki (Nina Farič) is a noise artist playing experimental freestyle noise of all kinds. She uses different DIY gadgets such as synths and micro theremins. She has released numerous albums of studio and live recordings.
kikiriki.bandcamp.com

beepblip (Ida Hiršenfelder) is a sound artist and archivist. She makes immersive bleepy psychogeographical soundscapes by use of analogue electronics, DIY and modular synths, field recordings and computer manipulations. She is interested in bioacoustics, experimental and microtonal music.
beepblip.org

Kezz (Tamara Ristić) is a producer, composer, DJ, live looping artist and music performer from Serbia, based in Ljubljana, Slovenia. She performs solo with her voice, loop machine, keyboard, sampler and acoustic instruments, mixing the line between a performer and a DJ. In July she will release her third album Elektroizvorika.
kezztamara.wordpress.com

Kikimore (Katarina Legat Blomstedt, Staša Guček, Sara Pegam) is a collective of sound researchers walking the line between noise and ambient electronic improvisation, constructing new soundscapes each time anew. They emphasize the collective creation and group learning based on the principles of DIY and DIWO – do-it-yourself and do-it-with-others. With their recording Živa (in original 52-minutes long piece) they are expanding their ethos from soundmaking to recording and postproduction.
kikimore.net

Muzikačaka is a project of pianist and sound artist Sara Korošec. In her work she combines acoustic and electronic instruments, mixing piano, vocals and accordion with electronics and field recordings. Her music is inspired by local traditions like traditional singing, instruments, stories in rural environment and the lack of connectivity with world. She releases her albums on her Bandcamp page, the last one titled “Connection And Life At A Distance” published in 2020.
muzikaca.weebly.com/

The series of compilations titled Access Frame aim to present a wide spectrum of local alternative music (with emphasis on electronic and experimental music) that has found its safe haven on the internet. The never before encountered entwinement of technology, society, making music and ownership rights has been causing a serious conflict between free culture and the outdated and exploitative concepts of copyright. Adhering to the spirit of free access, online labels are the first in the struggle for equal access and a more fair copyright (facilitated by the introduction of the Creative Commons license).

In this spirit we are supporting the annual celebration of netlabel culture every July 14th. Every year labels participate and release free music releases specifically for the event to support the initiative by M.I.S.T. Records in Chile and curated now by The Seattle Star. More at http://netlabelday.com.

produced by Emanat
with support from the City of Ljubljana
released by Kamizdat · https://kamizdat.si 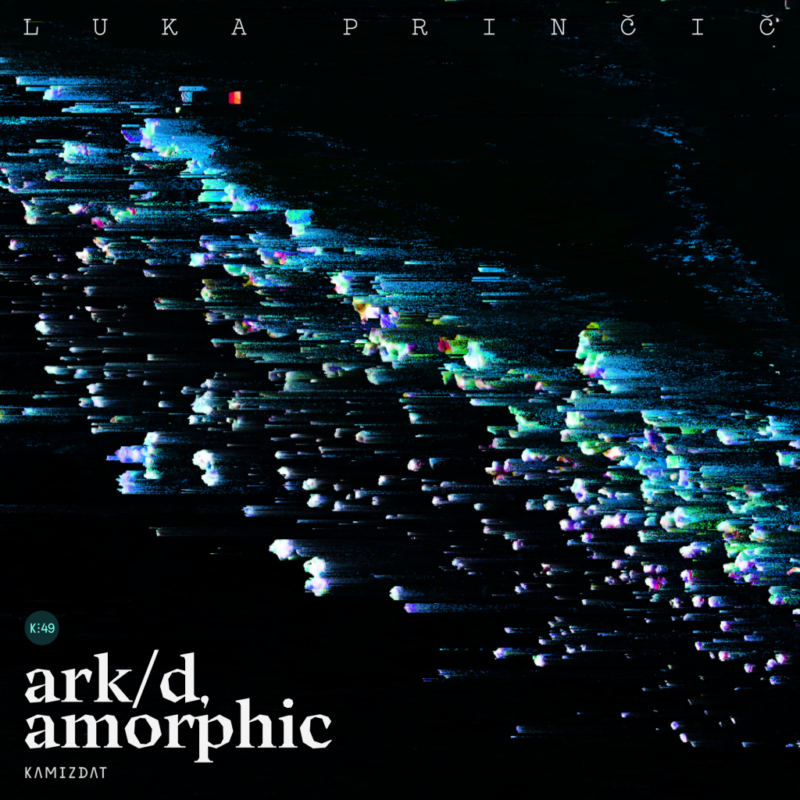 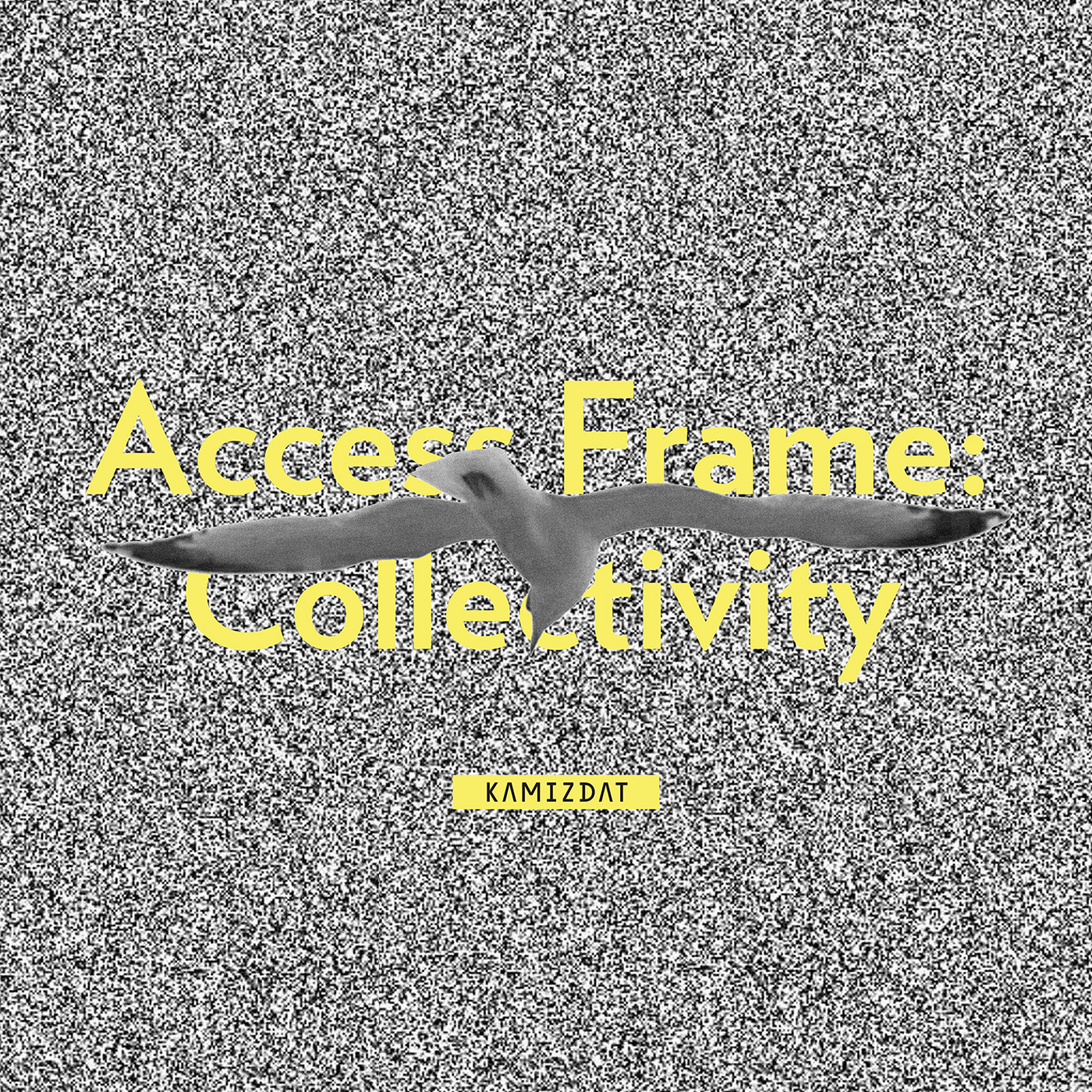 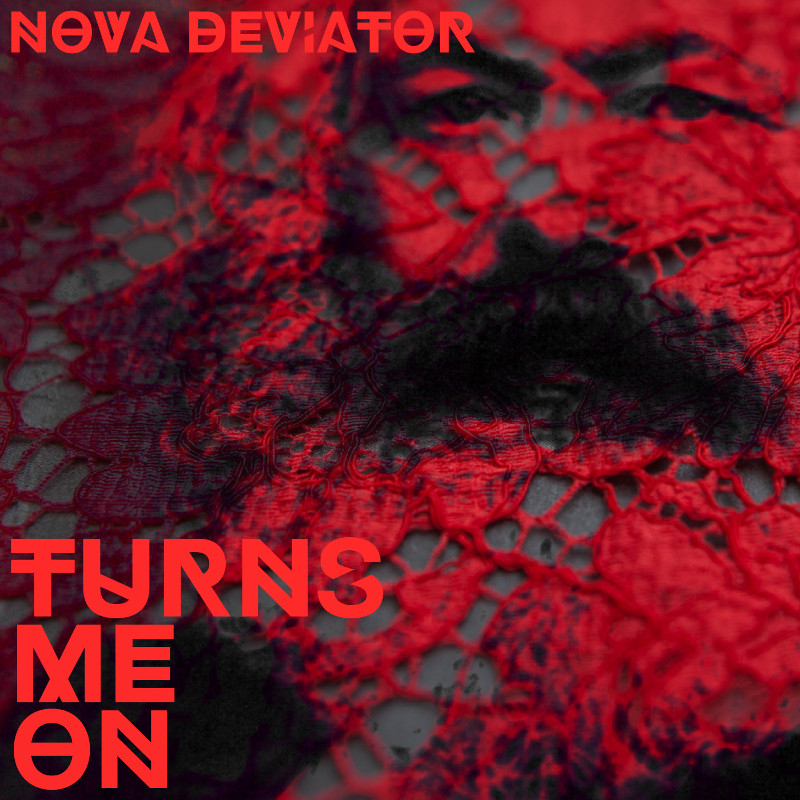 Nova deViator: Turns Me On EP